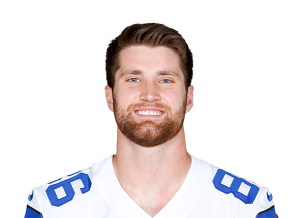 1. Dalton Schultz is a must start TE the rest of the way.

BUY. The short answer here is that the TE position leaves much to be desired this season. Unless you’re rostering Travis Kelce, George Kittle or Mark Andrews, then you’re probably pulling your hair out weekly while looking at your Tight End roster spot.

One Tight End that has excited as of late is Dalton Schultz. When digging into the numbers, it’s clear that he needs to be in lineups weekly. First off, the volume has been great. He is averaging 7 targets per game, which ranks him 5th overall at the position, and puts him on pace for 112 targets on the season. Players that were in the 112 target range in 2019 were Kenny Golladay, Tyler Lockett and George Kittle. Anybody getting that many targets at such a fantasy inept position deserves attention. One issue is his 64% catch rate. Fantasy owners are hoping that will increase, but what he is doing with the ones that he is catching is nothing to scoff at. Schultz is averaging 12.2 yards per catch, so not exactly just dink and dunks to him. Half of those yards are coming after the catch (6.3), so this is an athletic pass catching tight end.

Then there is the overall team philosophy when it comes to Dallas. If you’ve watched any NFL this year, then you know that the Cowboys are giving up a record amount of points and yards. This is a team whose game script is going to be calling for passing early and often. If Schultz is available in your league still somehow stop reading this and go snatch him right now. I would be comfortable spending 10-15% of my FAAB if I needed a Tight End. 2. Joe Mixon is a first-round RB after his week 4 breakout.

SELL. I will be the first to admit that I was all in on Mixon coming into the season. I expected the Bengals offense to be vastly improved, which it has been. The skill set has always been tantalizing, but when you look at some of the underlying numbers it paints a bit of a more of an alarming picture.

The Bengals have invested heavily in their offensive line over the past few drafts. This has begun to help Mixon a bit, but he is still averaging just 2.4 yards before contact. That would rank him 16th among Running Backs, which is nothing special but also nothing to panic about. The problem is what he is doing once somebody does get to him. He is averaging a paltry 1.7 yards after contact. This ranks him 34th at the position. Yikes. In 4 games he has broken 2 tackles. Not exactly what you want to see from a Running Back who isn't getting a ton of space to begin with.

A lot of fantasy Running Backs bolster poor rushing numbers with stellar receiving numbers. While the Bengals are constantly in pass mode trying to make a comeback, Mixon is getting spelled for Giovani Bernard. Mixon currently has 15 targets total in the passing game. 3.75 targets a game is not enough to significantly bolster those rushing stats, especially when he averages 6.8 yards per catch. He’s not exactly breaking those catches into house calls.

Running Back has been heavily affected by injuries this year so it may be tough to do anything since you probably don't have a ton of depth. Don’t get me wrong, I still like Mixon, but after his huge breakout game it might be a smart time to see what you can get. There may be an owner out there willing to part with a superior Running Back after seeing his highlight reel from this past game. I wouldn't necessarily sell low on him, but the numbers suggest that there won’t be many more monster games like that this season. Josh Jacobs or Clyde Edwards-Helaire could be nice targets since they currently have less fantasy points. 3. You can trust Terry McLaurin as top end number 2 Receiver with Kyle Allen.

BUY. It’s a fantasy football tale that’s as old as time. The star player, surrounded by nothing else. On draft day I tend to stay away from these players knowing that the offense will not be moving the ball frequently. However, there are always exceptions. Terry McLaurin is a great example. He’s an ascending star player on a team with nothing else. Fantasy managers who roster him are constantly frustrated by the ineptitude of Dwayne Haskins. Now we get the news that they are going to Haskin’s backup. This can set off alarm bells for McLaurin owners. However, let’s take a look at the numbers.

Comparing players from different years, and on different teams is an imperfect science, but it applies quite nicely here. Kyle Allen is coming to a new team, but is coming with his Head Coach and Offensive Coordinator from last season so the scheme remains the same. McLaurin is 6th overall in targets so far this year with 39. Last season, DJ Moore finished top 10 in targets. McLaurin is clearly occupying the Moore spot in this scheme. Again, we are comparing different players, but clearly this scheme suits a top talent Wide Receiver. The volume has been there, and will continue to be there. Haskins is averaging 6.43 yards per attempt, slightly less than Kyle Allen’s 6.8 that he averaged last year. Haskins has a 61% completion percentage, and you guessed it! Allen’s completion percentage last year was 62%. So while I question Washington’s move to an almost identical player. I do not think it will affect McLaurin at all.

In this Scott Turner scheme McLaurin is averaging 10.2 yards per target. When Haskins does connect with him, he averages 7.6 yards after the catch. Put that together and you’ll take 17.8 yards on average. So we have a Receiver who has established himself, and is getting an identical Quarterback throwing to him, in an identical scheme. Oh and all of this is not to mention that he currently has the 10th most points among the position. He has already established himself firmly in the WR2 discussion, if not WR1. I would hold onto him and maybe even send a lowball offer to those McLaurin owners that are panicking. 4. You should drop AJ Green.

BUY. It’s always sad to see one of our favorite fantasy stars getting older and decline abruptly. Whether it’s all the injuries taking their toll, or maybe a change of scenery being necessary, this is what we’re seeing with Green. The Bengals have invested heavily in their receiving corps in the past couple of years. Since 2016 they’ve taken 3 receivers in the second round or higher. Boyd has clearly established himself as the number one option on this team. Tee Higgins continues to build chemistry with franchise cornerstone Joe Burrow. Sadly, Green has slipped down to option number 3, and his numbers do not paint a good picture.

Green has 33 targets on the year. This is actually a solid number. Unfortunately only 11 of those have come in the past 2 games. This is in direct correlation with Tee Higgins going from 6 targets in the first two games, to 16 in the past two games. Even worse, Green has only caught 14 of those 33 targets. That’s good (or bad) for a 42.4% catch rate.The most alarming number out there is that he is averaging 1.1 yards after the catch. Between not being able to get his hands on the passes thrown his way and getting basically nothing after he does catch one, it’s clear that he is not separating from defenders like he once did. This is simply an indication of a decline in skills.

The Bengals are a team on the rise with a new franchise Quarterback. Sadly this does not extend to AJ, and it seems his best fantasy days are behind him. Who knows, maybe it is a change of scenery that can rejuvenate him to the stud we came accustomed to drafting. Until that does happen, it looks like he will continue to give up more targets to Burrow’s favorite two options. With all the injuries and Covid scares this year, there is simply no room for a player that isn't producing and is declining fast. Hate to see it, but it’s time to move on.

Excellent take, love “Scary Terry” and has done well for my squad this season. Thanks Scott!

He's been great for me so far

If I try to trade Mixon away, who do you think I should ask for? What could I get in return?

I would shoot for Jacobs or CEH and see if you can get it done. Might not happen but look at Chris Carson as well. He’s more consistent than Mixon, but Mixon continually gets more shine.

Thank you very much

Any thoughts on trading D.J. Moore for Terry McLaurin?

I would 100% do this. Robby Anderson seems to be usurping the top spot and Moore is not getting a ton of red zone targets.

Henry. He's averaging 61 yards per game and the Saints have been bad against TE's.

Sorry this is late!