If you've drafted already, mocked, or are gearing up for the draft, there are going to be guys that you're looking at on the draft board that will cause you to think twice. It could be that their ADP is simply too high for the value they bring. It could be the positional competition, injury risk, or potential for regression. Regardless of the multitude of reasons, these are the players that we're avoiding in our drafts unless the value absolutely justifies it. Todd Gurley, RB (LAR)
Todd Gurley's ADP has him going 11th off the board, but we have him in our weighted consensus rankings at 17th overall. If Gurley isn't at 100 percent and at risk to miss playing time, then he carries additional risk. Granted, he was productive last year and looked good in training camp, but if he's splitting carries, he'll be hard-pressed to duplicate his numbers over the past two seasons. If someone takes Gurley in Round 1, consider that a plus for you as that leaves another solid player on the board. If you can grab him in the middle of the second, consider that a win. 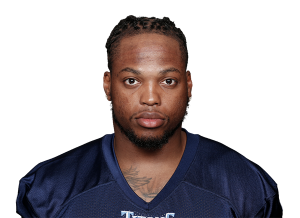 Derrick Henry, RB (TEN)
Henry will be a popular pick on fantasy draft day as he finished in the top 15 last year among running backs in standard scoring racking up 1,059 yards...but 408 of those yards came in two consecutive weeks back in December. He was one of the most inconsistent and underutilized backs last year. He saw 20+ carries in just two games and was barely a blip in the passing game. At this current ADP, you can look for Devonta Freeman, Josh Jacobs, Melvin Gordon (assuming he plays), or Chris Carson who all present better upside and draft value. Derrius Guice, RB (WAS)
It may be easier to find your way into Area 51 than to find a solidly-reliable, fantasy-point-producing option in Washington. Adrian Peterson is on the back-nine of his career, Jordan Reed is a lock to miss part of the season, and the top wide receiver barely cracks the top 200 overall rankings. Guice is ranked 82nd overall on FFN with an ADP of 68. He's going significantly earlier than he should be in drafts this year. Guice is no longer considered a lock to dominate touches in the Washington backfield. In addition to sharing duties with Peterson, he'll have to share with Chris Thompson as well. And while the Redskins defense might wind up being pretty good, their passing game has more question marks than any unit in the league. We also don't know just how good Guice will be a year following his injury. Simply put, Guice is a gamble with very little upside. Sammy Watkins, WR (KC)
An argument could be made that having any piece of the Chiefs offense is desireable, but Sammy Watkins is like the slot machine that just never pays off. Other than his rookie year, he has yet to play a full 16 games. He managed just half a season with the Chiefs last year. Given that Tyreek Hill will not be suspended, Travis Kelce remains a favorite target for Mahomes, a pass-catching backfield, and Mecole Hardman gunning for playing time, it's hard to feel too optimistic for Watkins in 2019. Dalvin Cook, RB (MIN)
The caution with Cook has nothing to do with talent, but rather his ability to stay healthy. He played in just 4 games as a rookie before a torn ACL ended that campaign. Last year he was able to suit up for 11 games as he dealt with a hamstring injury. He's actually sat out more games than he has played. If...if...if he could play an entire season, he has the potential to be a fantastic fantasy player. The Vikings' passing game is legit which prevents defenses from stacking the box and center Garrett Bradbury helps bolster the offensive line. There's a lot to like here, and while someone will certainly draft Cook, he comes with considerable injury risk. Eric Ebron, TE (IND)
Last year we referred to Ebron as the filet-mignon of tight ends. His 13 touchdowns made him a star, but with Jack Doyle likely to play more than six games and the additions of Devin Funchess and Parris Campbell (let's not forget T.Y. Hilton is here as well), we fully expect some regression in both his targets and his touchdowns. This lingering Andrew Luck injury certainly doesn't help the situation either. More mouths to feed means less targets for Ebron, and that could lead to less production. Ebron is being drafted almost a full round before his FFN ranking. This isn't the guy to be reaching on in 2019.

Lev Bell is on my list. Taking a year off never works out, plus add a mediocre at best OL and this seems like a recipe for disaster.